Here is a quick documentary we put together with DJ Cosmo Baker to highlight an upcoming collaboration on a version of our North To South Messenger bag. Cosmo has been using the North To South for a couple of years now, and has made a few suggestions to help cater the bag to fit his hectic jet-set lifestyle. We are really excited about the ideas churning, and look forward to the release of the bag. 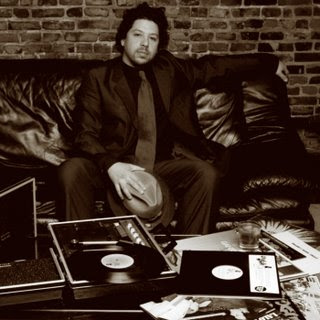 Here is what Cosmo had to say about the colab on his blog:

For the past couple of years, for a DJ bag I’ve been using the amazing North To South Messenger Bag that’s made by Nashville based company Tucker & Bloom. As someone who has run the line of DJ bags over many years I have never found one that’s as versatile as well as stylish as this bag, and I don’t think I’ll ever go back to anything else. The cats who created it know exactly what a DJ needs,  but when I started rapping with them a little about my insight as to how they could make slight adjustments here and there, we eventually came up with the idea that a true collaboration is in order. So stay tuned in the next few months for the release of the Cosmo Baker Signature Line of luggage by Tucker & Bloom. Booyah…

To start to promo the line, the fellas decided to tag along with me for a day in the life of Cosmo Baker and film it for a short documentary. They catch me on the streets of Money Makin’ Manhattan talking about wolves, spinning Gil Scott-Heron records for the Chances With Wolves show on EVR, eating Báhn Mì sandwiches, record shopping, and then motivating over to BK so I can shake my ass to almighty J.Rocc at Do Over / Tiki Disco at Roberta’s. All caught on glorious film. Hope you like it. I kinda do…

And so, without further adeu, here is the film…